By Andrew Giambrone posted September 16th, 2019 on dc.curbed.com
The move comes days before a scheduled congressional hearing on D.C. statehood

Workers have installed scores of American flags in view of the U.S. Capitol, on Pennsylvania Avenue NW. What makes these flags special? They each have 51 stars rather than the typical 50—a symbol of the District’s longtime push to be recognized as a state. Why now? Because on Thursday Congress is set to hold its first hearing on D.C. statehood in more than 25 years.

Mayor Muriel Bowser and other District leaders including Phil Mendelson, the chairman of the D.C. Council, are expected to testify before the House Oversight Committee, which has jurisdiction over the nation’s capital, to advocate for statehood. And on Monday, Bowser will preside over a parade on Pennsylvania Avenue NW, from 14th to 3rd streets NW, at which 51 District veterans will be honored. They are among 32,000 D.C. veterans who have fought for the U.S. and among more than 700,000 D.C. residents who currently lack a vote in Congress.

DC veterans have served and died for their country, yet they lack representation in Congress.

Join us tomorrow as we raise the 51 star flag, honor our vets and rally behind #DCStatehood: http://bit.ly/standupfordcveterans … 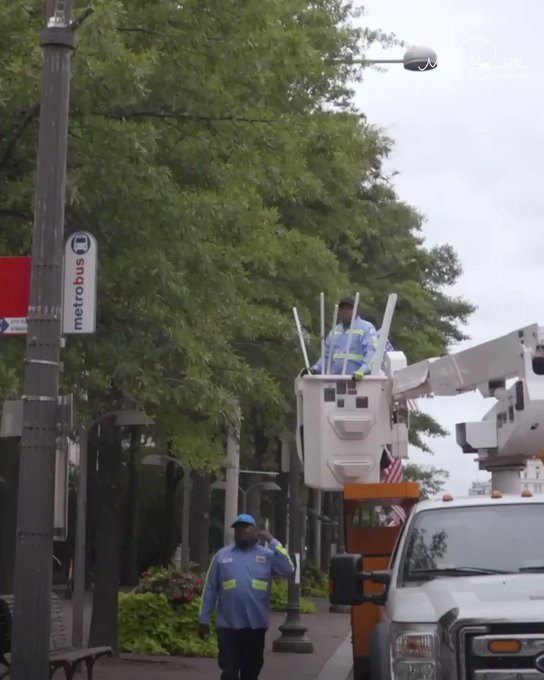 86 people are talking about this

It’s both powerful & subtle to see 51-star flags on Pennsylvania Ave today. As @iamjohnoliver said in his @lastweektonight piece on #DCStatehood: “It would look slightly different, but we’ve been using a 51-star flag for this whole segment, & none of you has [expletive] noticed!” 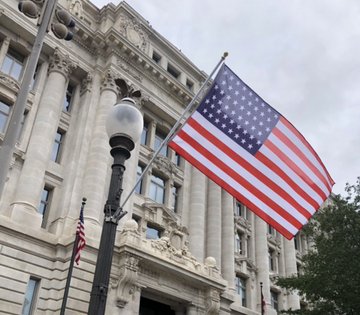 131 people are talking about this

51st State? American flags with 51 stars are flying along Pennsylvania Ave in advance of a DC statehood parade and House hearing this week. 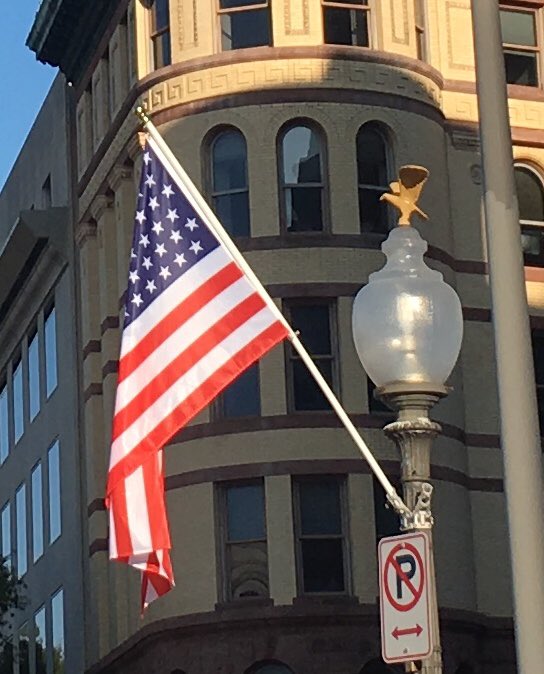 See Elaine Ryan’s other Tweets
“Our servicemembers are denied voting representation in the Congress that decides when and whether to send them to war,” Bowser noted in a statement. “Only through statehood can we correct this injustice and ensure all Washingtonians, including our veterans and servicemembers, are provided the voting representation we deserve.” A pending federal bill would make D.C. a state, but even though the Democrat-controlled House overwhelmingly supports it, the bill faces roadblocks in the Republican-controlled Senate and White House.

Moreover, a July poll by Gallup found that 64 percent of U.S. adults opposed D.C. becoming a separate state. (Roughly the reverse is true among D.C. adults, according to a 2015 poll by the Washington Post.) Local elected officials such as Bowser and congressional Del. Eleanor Holmes Norton, who cannot vote on the House floor, took issue with the poll for not having context about the District’s dearth of equal representation at the federal level and its effects.